Andy King, the infamous producer of Fyre Festival and the face of many memes turned out to be the most endearing character of the entire saga. Following the fallout of the pseudo-luxury festival -which was set to take place in the Bahamas in April 2017- King became internet famous and even appeared alongside Ryan Reynolds in an advert for his gin brand, Aviation last year.

Read More | 5 Multiplayer games you should be playing during Lockdown

Three years after the debacle and on the anniversary of ‘greatest festival that never happened’ – which was this past weekend- King hosted a virtual festival called Room Service Music Fest.

The live-streamed event took place throughout the entire weekend, April 24 – 26, with two virtual stages hosted on the Trap Nation and Chill Nation YouTube channels with a lineup that featured our very own Kyle Watson & Goldfish, The Glitch Mob, Kill Paris, Yungblud, A Boogie wit da Hoodie, Chromeo, Lido, and many more.

All proceeds from Room Service Music Festival will go to non-profits Feeding America and Sweet Relief, which are providing support during the coronavirus pandemic.

View the lineup below, watch the festival and donate right here.

Read More | Everything you need to know about Fyre Festival 2017 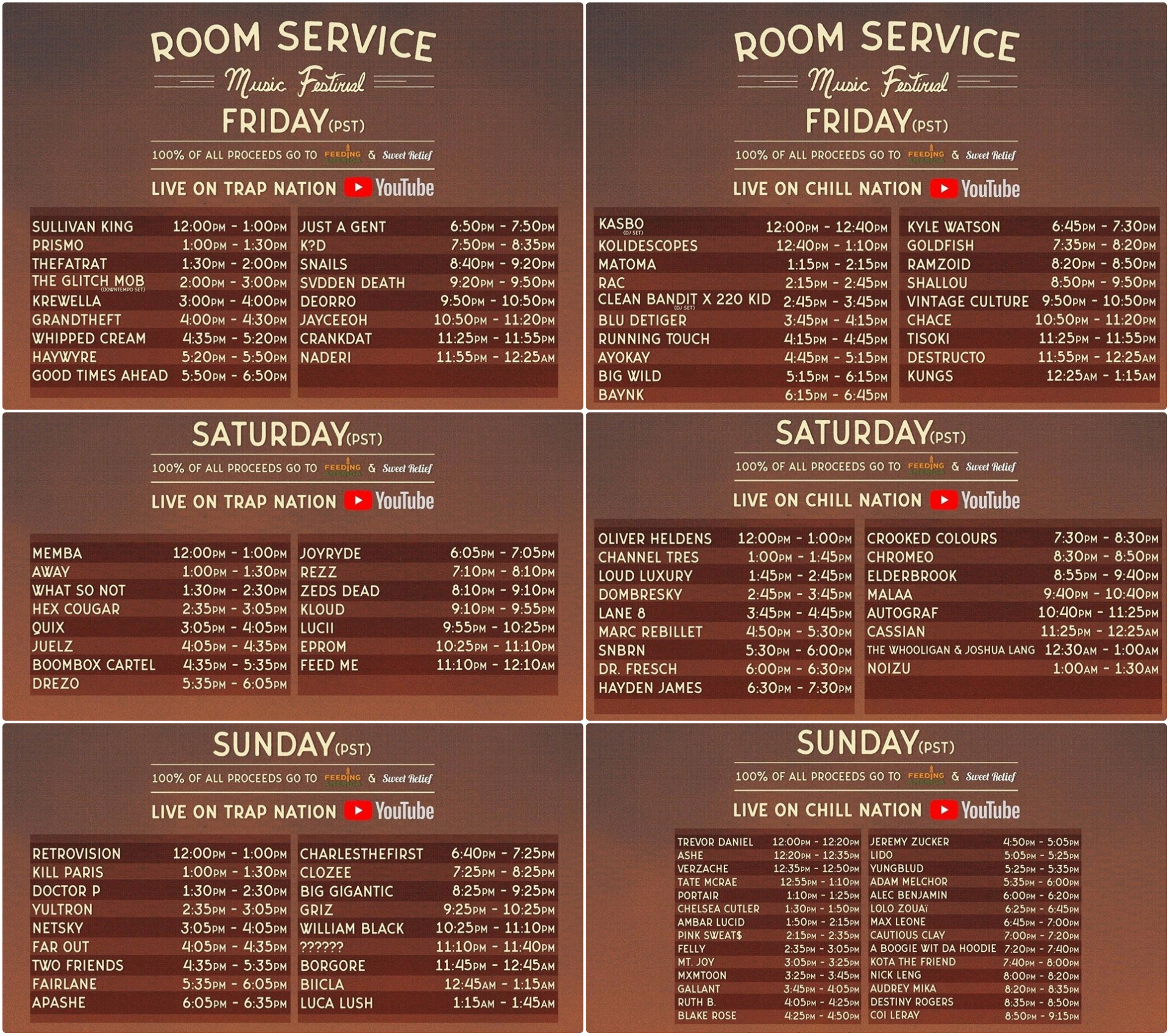