The infamous – and now almost cult- series ‘Tiger King’ has been causing quite a stir online and offline too. The show which explores the bizarre life of Joe Exotic and a handful of other dubious characters – all of whom specialise in big cat breeding, wildlife captivity and the slaughtering of clubs who are used for petting and expensive photos until they get too old and become a financial liability and must be discarded.

Anyway, animal abuse aside, the show was major hit generating endless memes and discussions surrounding the mysterious disappearance of Carol Baskin’s husband. Now, according to reports, there are several dramatised takes on the story currently in the works.

Of the most notable productions, one will star Nicolas Cage as Joe Schreibvoge aka Joe Exotic, the larger-than-life, narcissistic animal cager who was profiled in the Netflix series. According to Variety, the series will feature eight scripted episodes based on a Texas Monthly article by Leif Reigstad called ‘Joe Exotic: A Dark Journey Into the World of a Man Gone Wild’ that will explore how he became Joe Exotic, and how he lost himself to a character of his own creation.

The second, note-worthy production will focus on Carole Baskin, the CEO of Big Cat Rescue. This version is based on a podcast and will star ‘Saturday Night Live’s’ Kate McKinnon as Baskin. Both adaptations are still in the works and don’t have set release dates yet. Read more on the latest entertainment news right here. 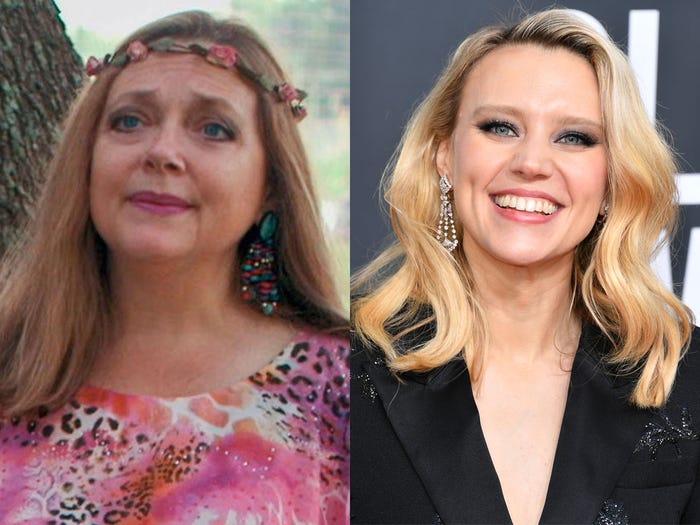