Lenny Maughan has become known for the routes he creates which outline giant, lifelike aerial artworks. The San Francisco-based marathon runner has created everything from avocados to animals, and even famous figures.

In an interview with INSIDER, Maughan said he started designing unique and creative routes to run in 2015. The first route he created was in honour of Leonard Nimoy who played Spock in the Star Trek franchise.

That first design proved to me that I could create a shaped route if I planned in advance, and after that, I designed all sorts of routes. Then, I shared them on smartphone apps that recorded and published my route. I’ve been doing this ever since.” – Lenny Maughan

Take a look at some of Maughn’s incredible routes below courtesy of Business Insider SA. 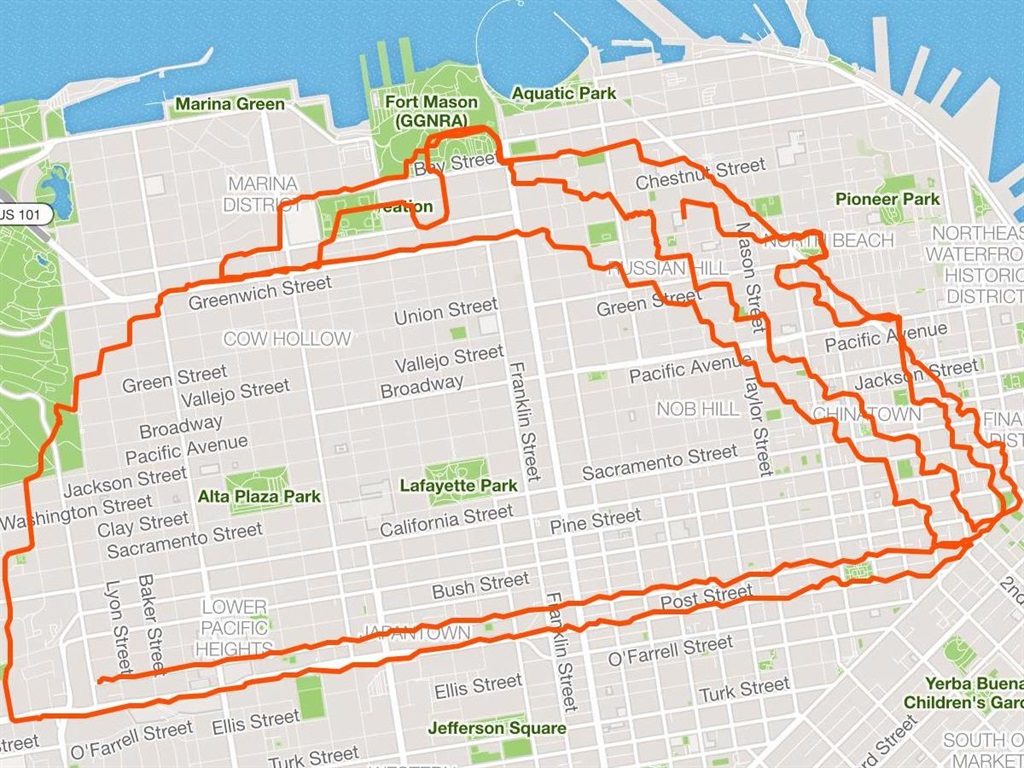